An uproar shook the social fabric when the young upstart had challenged the Flame Master to a duel—but that paled in comparison to the reaction when he had fixed the upstart with a haughty glare and nodded in acceptance.

And, by the rules of the Mage Academy, that was enough—that was all that it took.

They set it for twilight.

Some of his friends, also budding mages, came up to the young upstart and demanded that he tell them why he would make such a foolish decision. Duels were not always to the death, but they were not exactly safe, either.

“I wanted to prove myself,” came the upstart’s reply, a twinkle in his eyes. “They said in admissions that magic could kill us, was dangerous, was only for the most talented. If I am worthy to use it, then why not check it right this moment?”

They were not so sure that was a good idea. He had only just barely made it into the academy to begin. His test scores coming in at the bare minimum—exactly it. Almost curiously so.

“It will all be fine—I have a plan in mind,” he assured them. “This old fire geezer will have no idea what I hit him with.”

And, so, the students and the teachers gathered in the usual place. The open circle that stood in the far east corner of the campus. It was a place of dueling and a place of death. Skeletons, never removed, lay as warnings. Large blast marks adorned the walls. In large letters, someone had drawn in runic fire: This is where grudges, and those who hold them, come to die.

And still, the upstart was not worried. Even when the Flame Master came out of his tunnel into the circular zone, his cloak whisking right and left from the fire that he exuded from his very being.

“Impressive,” the upstart commented, his sarcasm dripping much the same way the master’s flames drifted down off his cloak.

“I am sure it is to you,” the Flame Master said and swept away the cloak. Underneath, he was old—frail looking.

He was only one of those things.

“Shall we begin?” asked the impatient upstart.

“We must follow some decorum,” the Flame Master replied, and bowed to him.

It took a moment for the upstart to respond in kind. Only bowing after someone in the viewing audience yelled out at him.

And, then, without much more than another nod, they began the fight.

The upstart revealed his hand early, and with the amount of flash one might expect from him. He pulled out a scroll and read from it loud and with fervor. In a second, and from around him in the air, came a great icy cloud. He held out his hand, and blue ethereal ribbons wrapped around his fingers.

“The ice from where you began!” he roared, and the spell rushed out of him.

The blast only took an instant, and for a long time, there was nothing but silence and dense fog. An icy chill hung on the air—and the soft cracking of ice came moments later. It soon grew louder, more intense.

And the upstart frowned.

“That was something…someone else’s work, though,” came the Flame Master’s voice.

The upstart let out a squeak as a rising blaze cleared the fog and seared the sky. It roasted the moisture out of the whole area. A wing-shaped cloud of ashes and embers rose from behind the Flame Master, and his eyes were two suns—white and unable to be looked upon.

“But you will find that you must be more of yourself than others.”

A lasso of pure flames wrapped around the upstart and burned lines into his skin. His screams echoed throughout the whole campus.

But he did not kill him.

The Flame Master simply left him there, lying on the ground, hoping that this, this pain, might teach him to respect his elders.

Though he doubted it. And would kill the upstart if he challenged him again.

Did you like the article? Dislike? Tell me about it in the comments. I would love to hear your opinions! If interested in specific articles, or want to write as a guest, you can message me at scifibrandonscott@gmail.com. If you want to help keep this blog going, consider becoming my patron at https://www.patreon.com/coolerbs. Thanks for reading!

Want to read something longer by me? How about a whole novel!

“Just Another Chosen One is a blisteringly paced, action-soaked debut from author Brandon Scott, sure to appeal to those who’ve gotten tired of reading the same old stories about the child of prophecy destined to save the world.” 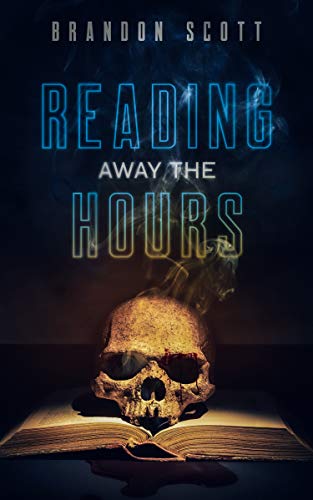