So, here’s another creepy flash fiction…

“We here at the Preparatory School of the Damned are so excited to see all your new faces here,” said a rather large demon, bedecked in a robe of disheveled cloth, and ripped undershirts. It was garish and ugly; hell on the eyes, but perhaps that was the point. Neon pink should not be inflicted on anyone, no matter the crime.

A large group of imps all stood enraptured by the building directly behind the speaker. Not necessarily because of the impressive architecture, though that may have had a hand in it, but mainly because of where it was. The building spiraled like it was on a pivot, the top tower digging rivets into the ground. It was as if it was a toy, and a giant was playing with it.

“Impressive, isn’t it?” the speaker said, half turning and letting his hand trail towards it. A puff of hell-fire accompanied the action; singeing the eyebrows off those too close.

His question was met by a sea of nodding heads and wide eyes. A few grinned, their baby fangs poking forth from crimson gum lines.

“Well, I should hope so; this place was personally commissioned by the Man Down Stars; drew up the designs himself.”

“Really?” asked one of the imps. He was about halfway into the crowd, but he soon found himself in his own row, the groups having parted right down the middle.

“Are you questioning me?” the speaker asked. What cheery demeanor he may have been presenting was gone, replaced by a face that even a demon would only have one word for: malicious. He moved forward, the horns on the top of his head growing taller with each second.  Each step left smoldering ground, and black imprints of footfalls. The rest of the group had fallen back several yards at this point.

The targeted imp let out the smallest of squeaks and tried to shy away; backing up a few steps before eventually fleeing. Having dropped to all fours for extra mobility, his feet were nearly blurs. But, it did not matter. Each pass of his limbs met only air. After a few seconds he stopped, and noticed that his legs were sticking up in the wrong direction, his entire body was hovering in the air with his stomach pointed towards the crag covered ceiling.

“I said… are you questioning me?” the speaker roared, levitating the imp closer; who, at this point was reduced to tears. But instead of liquid, streams of bright red ran down his cheeks. It did not move, just kept making tiny whimpers and squeaks, until it found itself floating directly next to the larger demon’s face.

“…no…” it sputtered out, backing away from the face that was nearly twice the size of himself. It had not started out that way, but as the horns grew, so had the rest of the body; the speaker now a towering eight foot tall monstrosity.

“Liar!” the demon declared, and opened his mouth. A shot of fire came forth from his maw; scorching off the scales of the imp, and leaving him clutching at the red, and the rawness that was his face now. His pain did not last long however, as the teeth came down around his skull. The neck severed clean, and a popping sound rang out from within the speaker’s mouth. The limp corpse was tossed aside, with severe disgust.

Finished, the teacher spun on his heels and walked back towards the entrance, shrinking with each step. Raising up his hand, he beckoned for the others, and the sound of quivering knees and tentative steps followed along.

After they walked into the black grass of the campus, he turned back around to the group displaying an eyeball speared on one of his forty-two canines, and eyes literally filled with fire. He swallowed it and began to speak, when his attention was drawn to a group of figures running. A group of four imps were making a run for it, and already near an adjoining rock platform.

The speaker shook his head, and snapped his finger. Right on cue, a pillar of heat rose up underneath the group, incinerating them nearly instantly and casting a fine mist of ash on the air.

“So, did anyone know those students?” he asked the group. No one spoke up, but the speaker simply waited. A countdown, written in fire, appeared behind him and started ticking down. With only thirty seconds left, one of the older imps stepped forward, shaking like a leaf, and spoke.

“What…students…there weren’t…any students,” he said putting his hands over his head. He nearly jumped out of his skin when a hand simply patted him on the shoulder and started pushing him forward. Bringing his arms down, he looked up at the teacher’s face. What met him was not hostile, nor dangerous; simply the calm grin of a teacher with his eyes smiling just as much as his teeth.

“You’ll do well.” The speaker stated simply, and the group kept walking, the hands never leaving the imp’s shoulders. The group trailed behind for a while, but as they reached the only stable part of the building, they were forced to walk directly past the teacher. As they all filed into a small elevator shaft, the lone imp tried to take a step forward. His motion was immediately stopped by the hands, which had formed a vice-like grip on his collarbone. He turned to look back up at his teacher, who simply gave a smile, and shook his head.

His arm reached out towards the group, as the doors closed on the chamber. One of the imps in the front gave a small wave as the metal doors sealed, sending the students up into the swirling school above.

All was quiet for a moment, save the deafening screams of the damned.

The imp held completely still, even going so far as to hold his breath, until he heard his teacher clear his throat, and the hands on his shoulders turn to claws.

“Did you question me?” the speaker said, and the imp was lifted clear off his feet, and into a hell-mouth.

Did you like the article? Dislike? Tell me about it in the comments. I would love to hear your opinions. If interested in specific articles, or want to write as a guest; you can message me at scifibrandonscott@gmail.com. Thanks for reading! 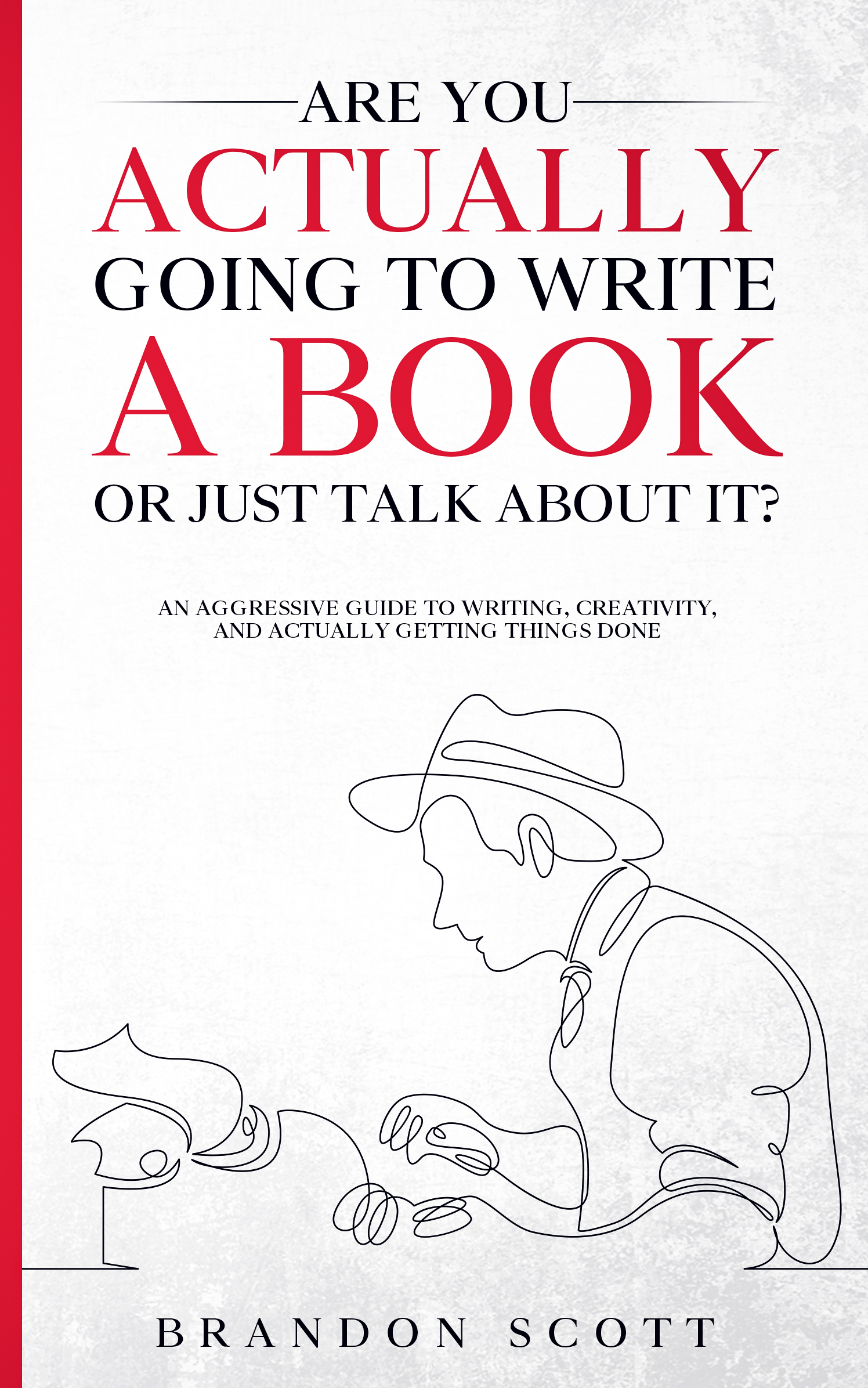